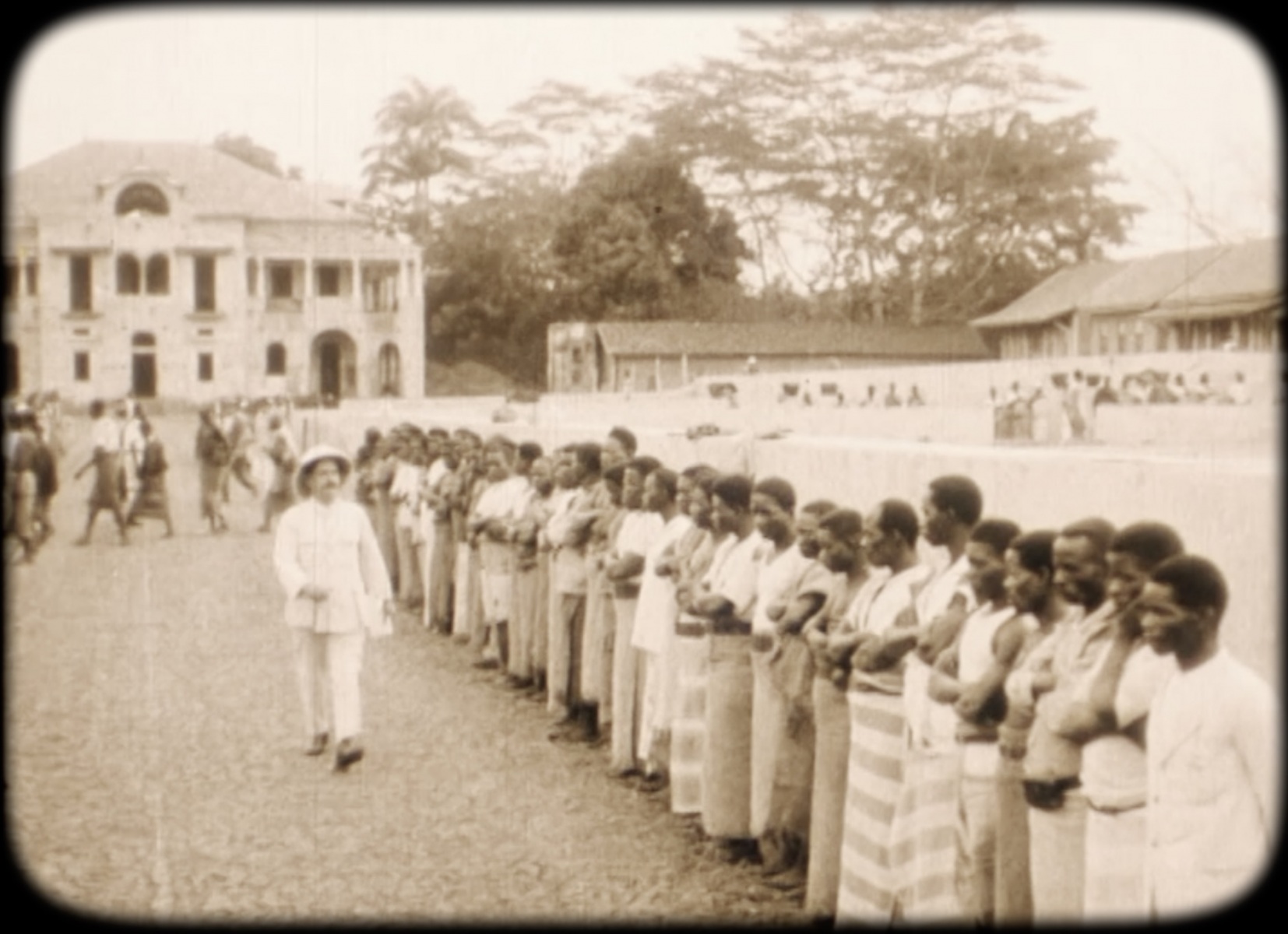 Colonial films showing the work of Africans are rare. Here the exploitation system is precisely exposed. Deportees (from Angola) disembark from a boat. After the humiliating inspection of the bodies, it is the signature, on the finger, of the contract. Then are shown the works – cultivation, harvesting, bagging of cocoa -, as well as “education” and recreation. Contratados were forced into forced labour in violent and abusive conditions. This system, which replaced slavery, remained in force in the African colonies until 1961. 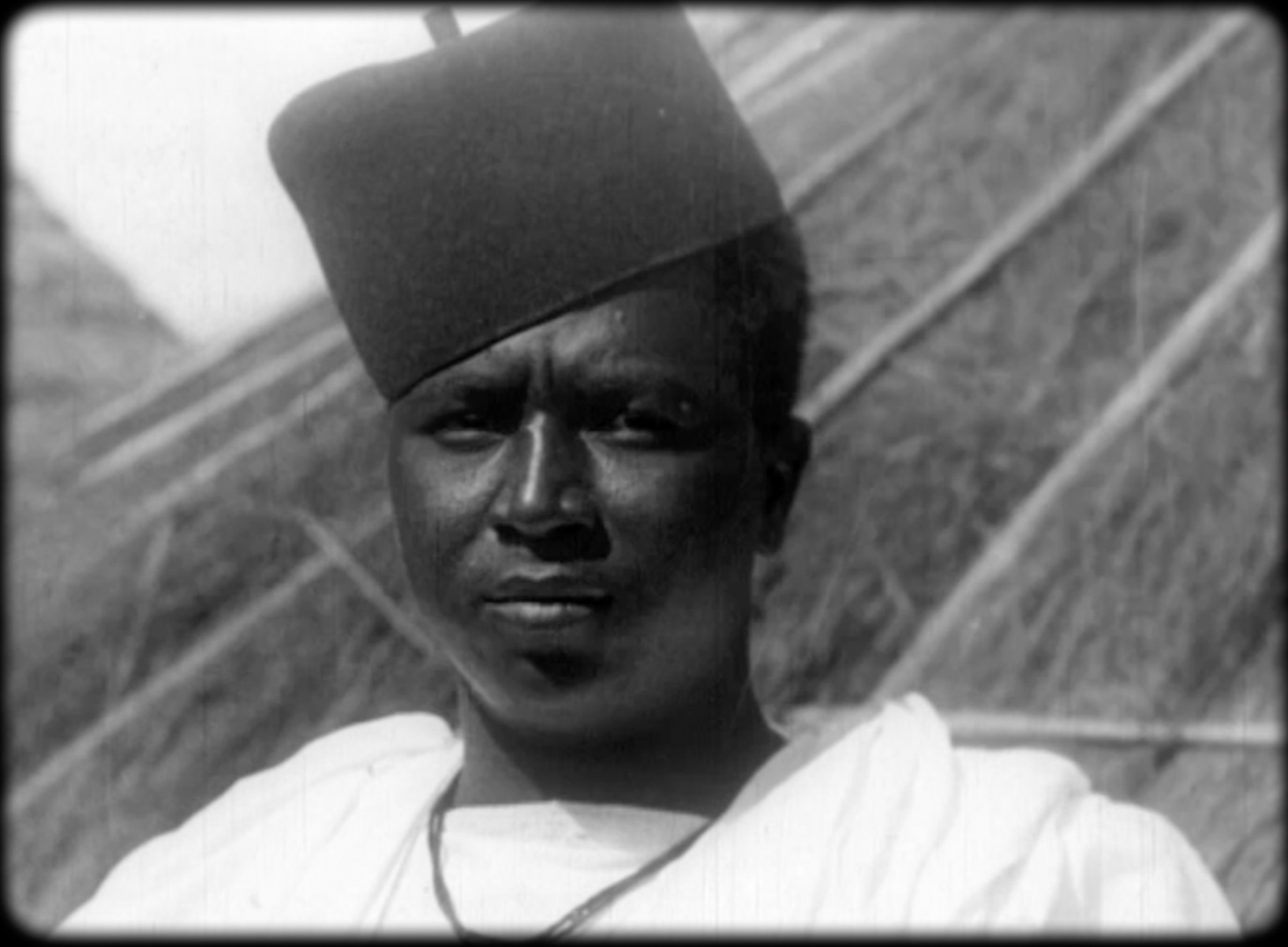 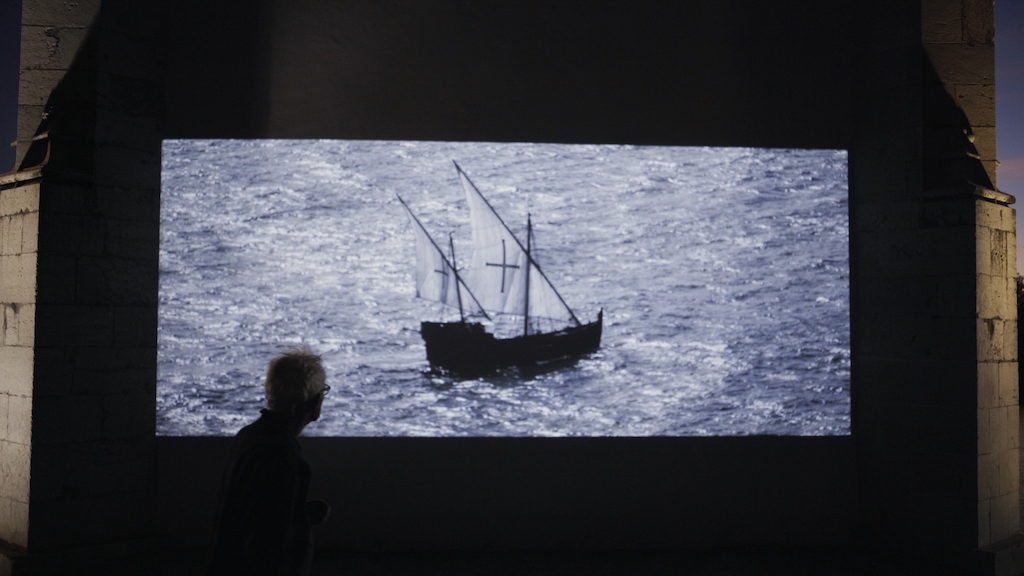 Ghosts of an Empire / Fantasmas do Império 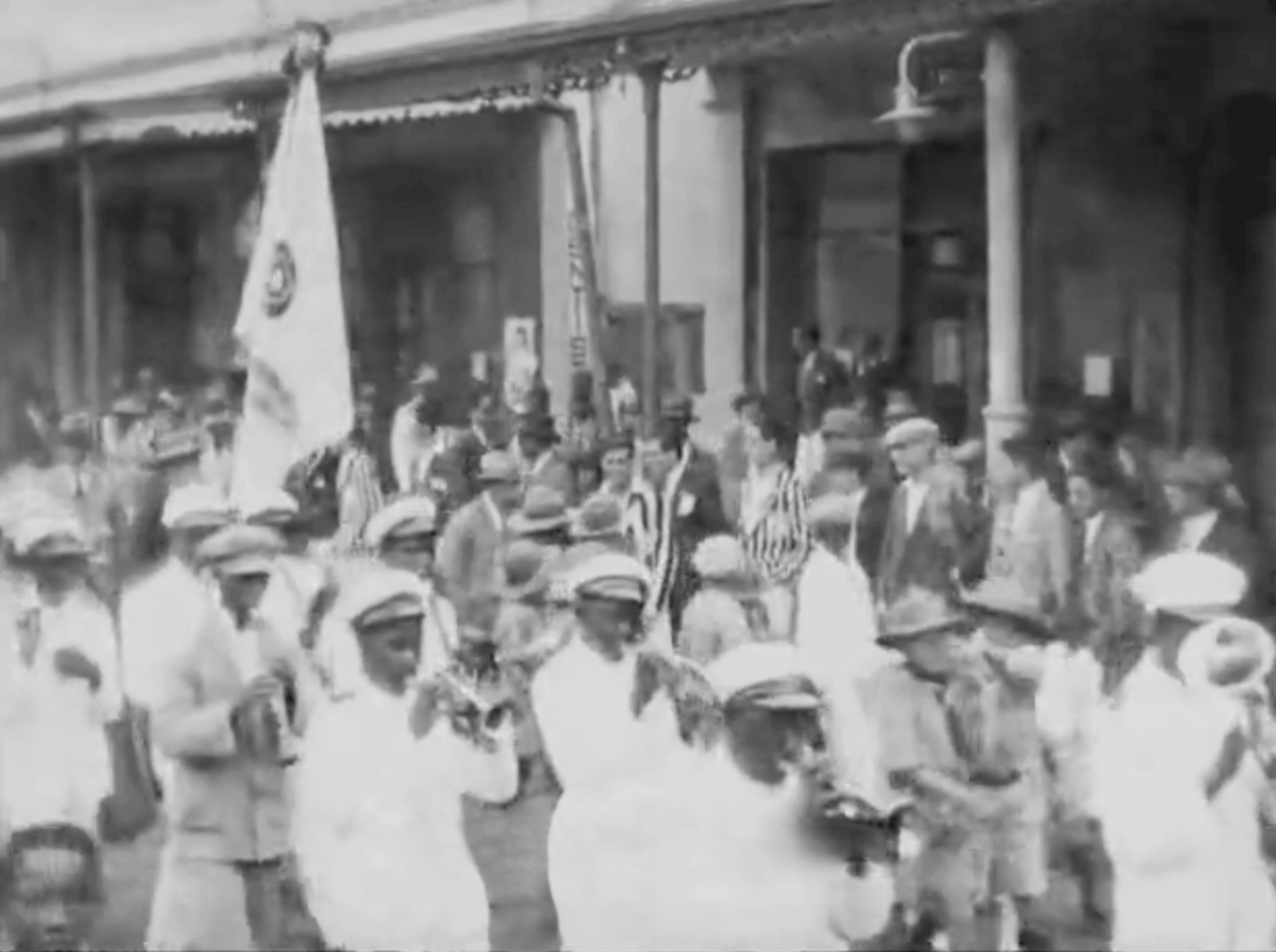